27.07.2022 | Summer Celebrations: Gemstone Edition | Trending | Blog
Share
If ever there was a season to be bold with colors and make a statement, it would be summer. Think about summer and you’re likely to conjure up vivid images of bright blue oceans, warm yellow sunlight, intensely pink flowers, and so much more. As part of our summer celebrations, we wanted to share with you some fascinating facts about the most vibrant and spectacular stones we have in our collection, that radiate glorious summer colors.

Live A Life of Color 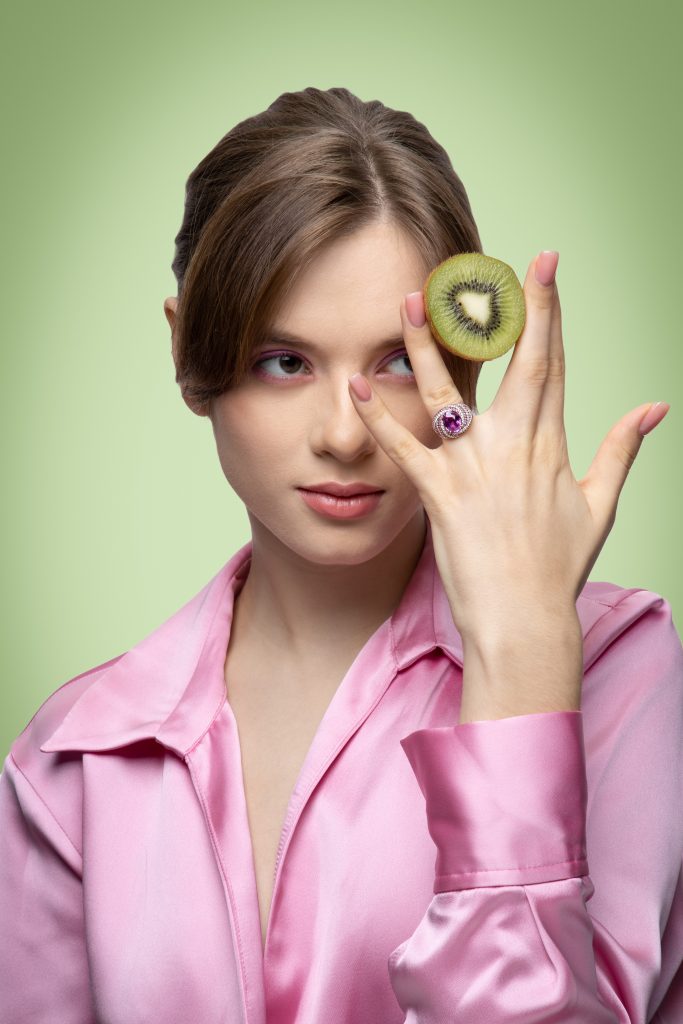 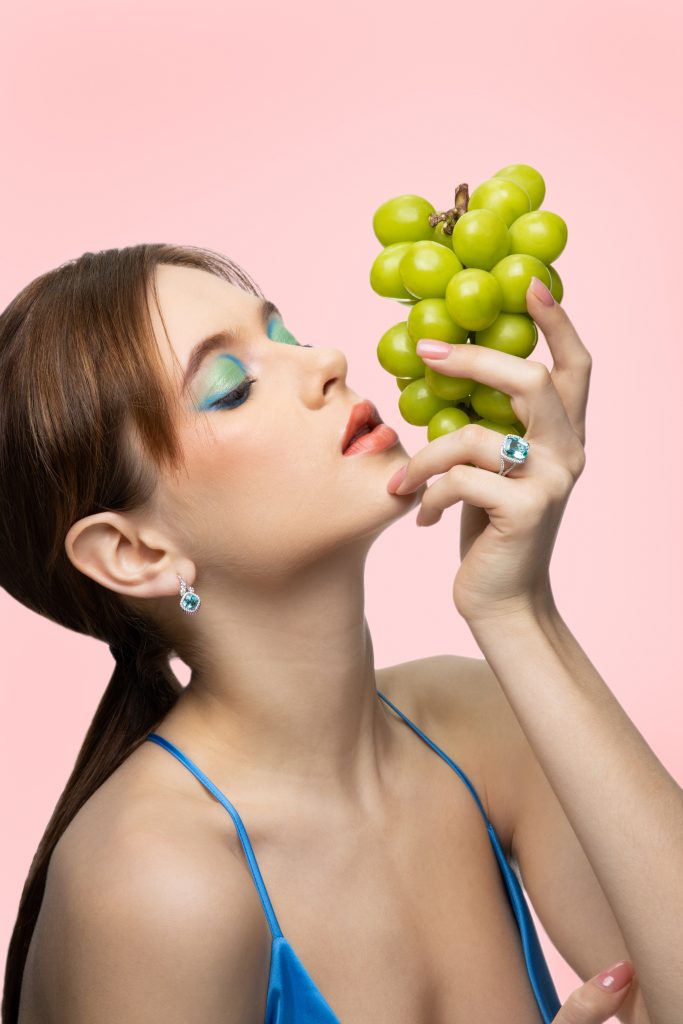 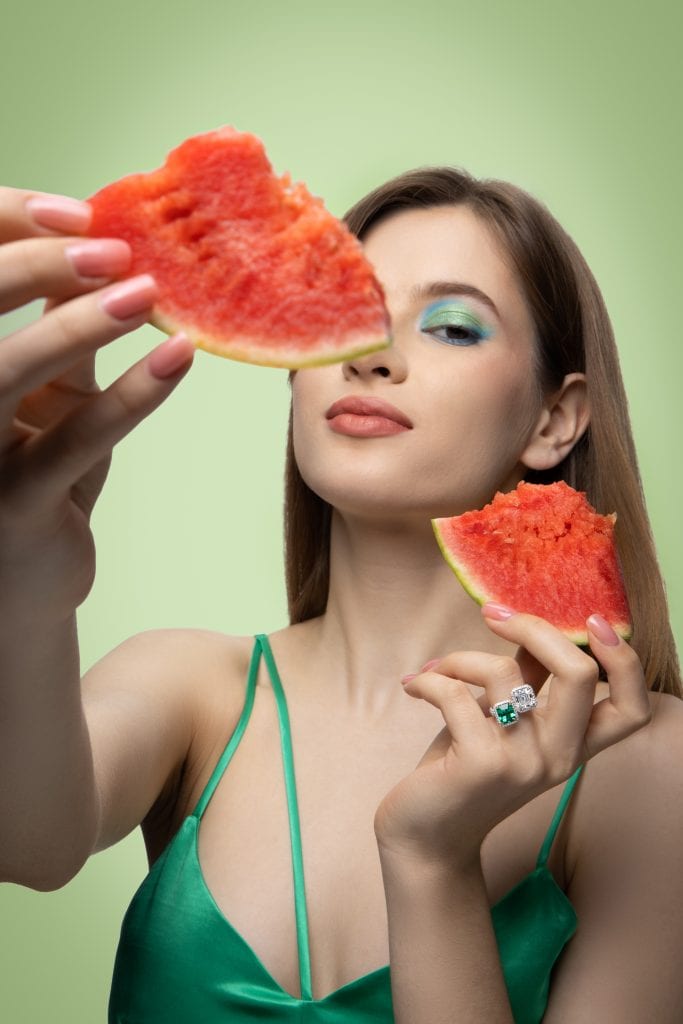 Opals can be classified into 2 broad categories: precious (also referred to as noble opal) and common (also known as potch). Precious Black Opals, such as those from the opal mines of ‘Lightning Ridge, Australia’, are generally considered the most rare and valuable.

What sets precious opals apart from their common counterparts is ‘play-of-color’. To understand what this means, we need to quickly look at the composition of these stones. Opals themselves are comprised of silicon, oxygen, and water. As a result, they do not have any sort of crystal lattice but rather, are made up of minuscule silica spheres. When light enters a precious opal, it moves through the gaps found between silica spheres. As a result, the light bends and splits, displaying a stunning rainbow-like spectrum of colors.

The word ‘opal’ apparently comes from the term ‘upala’, a Sanskrit word for ‘jewel’ as well as from the Greek word ‘opállios’ meaning ‘to see a change in color’. Opals themselves have a rich history. In the late 18th to early 19th centuries, they were often used in engagement rings due to their immense popularity. Even Queen Victoria herself was an opal enthusiast! In the early 20th century, anthropologist Louis Leakey discovered opals in Kenya, with the opals said to date back all the way to 4,000 B.C.

About 95% of the world’s precious opals come from Australia. In fact, the opal is Australia’s national gemstone.

Natural blue spinel stones are ultra rare and that’s because they receive no treatment whatsoever to enhance their color; they’re literally found radiating so intensely. You could say they woke up like that!

They’re one of the very few naturally-blue gemstones found on earth and being free of needing modification and/or treatment really sets them apart from other stones. What also makes them stand out even further is that blue spinel contain no inclusions whatsoever, making them even more valuable.

Whilst blue spinel comprises of magnesium aluminate, the blue hues come from the stone’s inclusion of cobalt and iron, which work together to project that incredible color. Cobalt is naturally silver but when light reflects upon it, it reveals shades of blue. When large amounts of iron are featured, it intensifies the color to a dark blue. The type of blue you see in a spinel, whether it’s sky blue, or ocean blue, will depend on its levels of iron and cobalt.

Another rare precious gemstone is the spectacular pink sapphire. They are comprised of magnesium, chromium, iron, titanium, and copper. It’s the chromium especially that helps to define the pink tones, meaning the more chromium there is, the more intense the shade of pink.

You may have heard of the fascinating confusion between pink sapphires and rubies. Both contain aluminium oxide and both come from the corundum family. Sometimes, an expert-level assessment is needed to make a distinction between the two if they are of very similar shades. If there is 0.9% or more chromium in a stone, it is classified as a ruby but if there is less than 0.5%, it’s classified as a pink sapphire.

Pink sapphires have grown in popularity as their hues are considered feminine and romantic. They were once considered ultra rare as they were mainly found in Sri Lanka, Myanmar, and East Africa. However, more have been discovered in deposits located in Madagascar.

We’re ecstatic to have pink sapphires from Madagascar that have received no treatment whatsoever, as part of our collection. If you’re curious to learn more about sapphires, check out our blog post on these stunning precious gemstones.

Amongst some of the most valuable precious gemstones in the world are Paraiba tourmalines (also known as cuprian elbaite), as they’re only really found in Brazil, Mozambique, and Nigeria, in areas with high copper concentrations (the copper being what gives it that magnificent color).

These incredible stones were only discovered in the late 1980s by Heitor Dimas Barbosa, who found them in the state of Paraíba, Brazil, based on his intuition that something rare was waiting to be unearthed. That is some incredible intuition right there!

Brazilian Paraiba tourmalines are so rare that only one is found amongst every 10,000 diamonds mined. What makes them stand out from other tourmalines is the ‘neon’ glow that radiates from these precious gemstones. The copper found within them produces those stunning shades of turquoise and blue-green. Paraiba tourmalines are so rare in fact, that oftentimes a single carat of it can be worth high five figures subject to its color.

In 2003, more blue-green tourmalines were found in Mozambique and Nigeria. They are often discovered to be 5 carats or more. There has been much debate about whether these can be called Paraiba tourmalines, with some arguing that only those found in Brazil are worthy of the title, whilst others are far more flexible and label them as Paraiba tourmalines due to their exquisite color and exceptionally high value.

The Paraiba tourmalines we have here at Dehres are nothing short of spectacular. To learn more about these magnificent precious gemstones, be sure to check out our blog post on them.

We are incredibly proud to have Paraiba tourmalines, pink sapphires, blue spinels, opals, and pink tourmalines from Mozambique, Madagascar, Australia, and more, as part of our collection. Which one of these caught your eye? Leave us a comment to let us know.

If your heart is set on a particular loose stone, you may consider the option of creating a bespoke custom piece. The Dehres Team is here to help guide you every step of the way.

Get in touch to arrange a private consultation and view some of the world’s finest jewels.